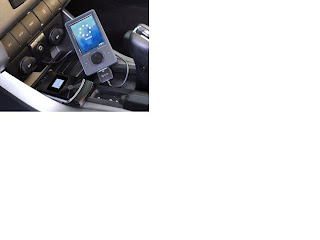 DEARBORN, Jan. 2, 2008 (FCN) -- In 26 years of selling cars and trucks, Ken Venema says he has never seen a feature impress
customers like Ford's SYNCTM.
"I must have a half-dozen sales because of SYNC. I strongly believe
that," said Venema, a sales consultant at Pfeiffer Lincoln Mercury in
Grand Rapids, Mich. "I'm sold on it. And I'm sure glad Ford's got it."
The dealership even switched its radio spots recently from advertising
price to promoting SYNC.
"I am using (SYNC) as a showroom builder. I am pumped on it because
it's something that we can offer the market that doesn't focus on price,
and it's something we have that our competitors don't," said Kim Winkler,
new car sales manager, Pfeiffer Lincoln Mercury.
SYNC, Ford's industry-exclusive technology that provides customers invehicle
voice command compatibility with portable digital media players
and most Bluetooth-enabled mobile phones, is helping drive vehicles
sales across the country.
SYNC-equipped Ford, Lincoln and Mercury vehicles were moving more
than twice as fast off dealer lots in November than those same vehicles without SYNC. And customer satisfaction is high.
According to a Ford survey of SYNC customers, nearly 80 percent of respondents "definitely would" recommend it to a friend.
Microsoft, which collaborated with Ford on the technology, was very encouraged.
"It's early in SYNC's launch -- we'll know more about its impact in a few months -- but so far all indicators are extraordinarily
positive," explained John Emmert, SYNC marketing manager, Ford Motor Company.
The survey also revealed that most customers thought SYNC was easy to use, and that dealers were helpful in explaining and
demonstrating the new technology.
Sales consultant Everton McLeod of Manhattan (N.Y.) Ford says extensive in-dealership training prior to SYNC'S launch was very
beneficial.
"It wasn't like they just told us about it. Everybody had to do something -- pair a phone, dial a number -- so the instructor could see
that we actually grasped what he taught us," said McLeod.
SYNC is also hitting its targeted customers, which include a savvy, tech-toting younger demographic as well as an older group that
likes the convenience of hands-free mobile phone operation.
Emmert says Ford employees frequently stop him at work to relate stories about SYNC's ability to raise awareness and purchase
consideration for the company's products among relatives and friends who swore off domestic vehicles years ago.
"When you think about a feature having the power to put Ford back on customers' shopping lists, it's pretty impressive," he said.
SYNC currently is offered on 12 Ford, Lincoln and Mercury models. The first SYNC-equipped vehicles, including the redesigned
2008 Ford Focus, began reaching customers in late September. When offered as an option, the system is priced at $395.