For those people looking for an opportunity to finance a new car at 0.00%, Gresham Ford is the Oregon Ford Dealership connecting people, high MPG cars and financing options like 0% for 60 months and No Payments for 90 days.  Even though it may not be sunny this memorial day remember that this is your last chance before the kids are out of school for the summer to take the time to find a new family vehicle. 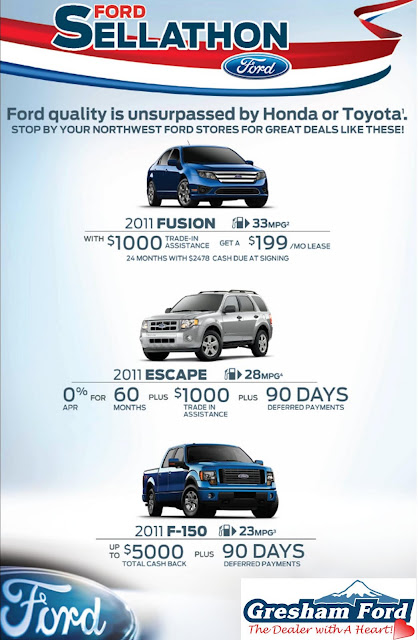 Ford is enjoying intial quality ratings second to none.  As more and more people in Oregon and Washington learn that Ford offers more standard airbags in the all new Ford Fiesta than any other sub compact car, we will see more appreciation for the loyal American Ford brand.  Oregon Ford Dealership like Gresham Ford also are significantly committed to their communities as well as their staff.  Oregon Ford dealers do a great deal to support the communities they live, work and play inside.  When considering what car has the best MPG and which car is the safest - don't forget to also support the businesses that support your community.

When you visit Gresham Ford this weekend during the Memorial Day Sellathon you can also purchase tickets to the Gresham Rotary Wine Auction or the Gresham Rotary Ball Drop for Charity.  Bess Wills, General Manager of Gresham Ford is solidly committed to the East County community of Gresham, Troutdale, Fairview, and Sandy.  Gresham Ford currently employe just under 50 people in the full service auto dealership.  You will find that Gresham Ford has more Master Senior Technicians than other Oregon Ford Dealerships.  Mount Hood Community College has partnered with Gresham Ford via the ASSET program to support and educate our future Ford technicians.  This long standing partnership has proven sucessful for Gresham Ford and is demonstrated by their well recognized and decorated service staff.  The Gresham Ford Service Department headed by Service Manager Cher Marlowe is proud of their Senior Master Technicians and their fix it right the first time customer ratings provided by Ford Motor Company.

Gresham Ford is also happy to collect Cell Phones for Soldiers this Memorial Day weekend.  So when you stop by to explore your automotive options take the time to remember all those old cell phones that you no longer use or need, the troops thank you.   If you are an active American Miltary member you also qualify for special rebates and incentives thanks to Ford Motor Company.  For more information about this rebate or any other offer please contact Gresham Ford for complete qualifications and or details.  Gresham Ford also serves SW Washington as well as Oregon and can be reached at 503-665-0101 or drop by 242nd & Poweel Blvd.  The popcorn and conversation is always free, so stop by and get to know us, your local Oregon Ford Dealer with a Heart.  Have a fantastic Memorial Day and enjoy the Ford Sellathon.

The fuel tank is located on the left side, outside the frame rail and below the driver door.  It features integral steps with metal grating and is positioned to result in a "clean" back of cab area for the installation of truck bodies and equipment.  A 62 gallon capacity tank is available as an option.  The Clean Cab-To-Axle is created by positioning of fuel tank, exhaust and battery are all designed to produce an exceptionally "clean" area from the back of the cab to the center of the rear axle.  Interference with the installation of the required truck bodies and equipment has been virtually eliminated. 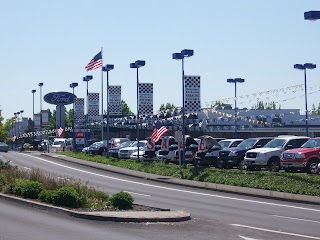 The Ford Commercial Truck market is a competitive one always showcasing new material and options for the small business owner.  Those commercial and fleet customers in Oregon and Washington can rely on the Gresham Ford Fleet department to keep them up to date on product improvements as well as updated on any applicable rebates, incentives or government financial assistance from Section 179 or from "green" vehicle investments.  Please forward your questions to Fleet Commercial Sales Manager Annette Wetzel-Ramirez who can be reached at 503.489.1605 or Annette@GreshamFord.com 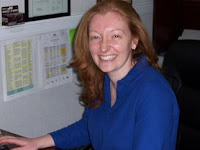 NORWELL, Mass., May 30th - More than 150,000 troops are serving overseas and are away from their families. Cell Phones for Soldiers, and Gresham Ford are calling on all Americans to support for these brave men and women by donating your unused cell phones. Cell Phones for Soldiers hopes to collect over 1 Million cell phones this year to help keep troops connected with their families.

“Over the past few years, we have been amazed by the generosity of others. But, we have also seen the need to support our troops continue.” says Brittany Bergquist, Cell Phones for Soldiers co-founder. “It is easy for Americans to make a small sacrifice of support by donating their unused cell phones, and providing families with a much-needed connection to their loved ones overseas.”

Local residents can support the collection drive by donating their phones at Gresham Ford located at 1940 East Powell Blvd in Gresham.

“We’re proud to show our support for U.S. soldiers, and to contribute to a worthy cause like Cell Phones for Soldiers,” says Bess Wills, General Manager of Gresham Ford.

Cell Phones for Soldiers was founded by teenagers Robbie and Brittany Bergquist from Norwell, Mass., with $21 of their own money. Since then, the registered 501(c)(3) non-profit organization has raised millions of dollars in donations and distributed millions of prepaid calling cards to soldiers serving overseas.

“We are continuously overwhelmed by the enthusiastic support of thousands of Americans who have helped our troops speak with their loved ones,” says the teens’ father, Bob Bergquist. “However, the need for support keeps growing as more troops are sent to the Middle East or are asked to serve extended tours of duty.”

Through increased fundraising efforts, the Bergquist family hopes to raise more than $10 million in the next five years to fund new programs, such as providing video phones and prepaid service to allow troops abroad to see their families on a regular basis.

The donated phones are sent to ReCellular, which pays Cell Phones for Soldiers for each phone – the money is used to purchase prepaid calling cards which are sent to troops.

Approximately half of the phones ReCellular processes are reconditioned and resold to wholesale companies in over 40 countries around the world. Phones and components that cannot be refurbished are dismantled and recycled to reclaim materials, including:

• Plastic from phone cases and accessories

The Gresham Ford Team is Busy!

The Gresham Ford team has a busy month planned. Below is a list of some great community


events that we are either a small part of, or a big part of. We look forward to meeting you

and becoming friends at these events. While we understand being part of the community

does not entitle us to your business, we simply ask that next time you have an automotive need

please give us a chance to earn your business….we do care!

May 19th 7:00am Salvation Army-Veterans meeting here at Gresham Ford

available for $10 in advance.

Gresham Ford and Local Community to Raise as much as $6,000 for Sam Barlow and Centennial high schools 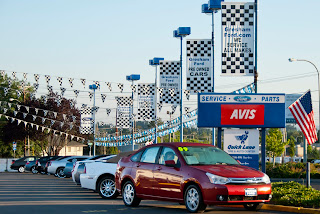 Gresham Ford is a trailblazer utilizing innovative events that continue to yield much-needed money for our local schools and Gresham community at large.  Help support those businesses that support your community. 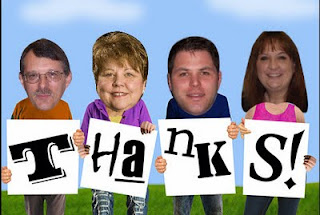 GRESHAM, Ore. – Gresham Ford is bringing Ford Motor Company’s innovative Drive One 4 UR School program to the local community in an effort to raise up to $6,000 for Sam Barlow and Centennial high schools. For every person who test-drives a Ford vehicle at Gresham Ford on Saturday, May 14, Gresham Ford and Ford Motor Company will donate $20 to Sam Barlow and Centennial high schools. The funds will help support many of programs that have suffered from the economic downturn in our community.
“We’re thrilled to be participating in Drive One 4 UR School again to support our local students,” said Bess Wills, General Manager at Gresham Ford. “We know how important extracurricular activities are to our high school students, and as part of this community, we want to help.”

To date, Gresham Ford has raised nearly $8,000 for local high school students through Drive One 4 UR School.

The event, which will be held May 14th 2011, will feature the Ford Explorer, Focus, Fiesta, Edge, F-150, Mustang or other available models including the new eco-boost engine.

Since the start of Ford’s Drive One 4 UR School program in 2007, more than 275,000 test-drives at more than 1,500 events have generated over $5 million in donations for high schools nationwide.
In addition to raising much-needed revenue for high school extracurricular activities, the program gives participants the chance to experience Ford’s exciting new vehicles and leading safety technologies, including:

• MyKey™, a system that allows parents to limit a vehicle’s top speed and audio volume to encourage safe driving behavior in teens;

• Blind Spot Information System (BLIS™) with Cross Traffic Alert, which uses radar to check the blind spot and helps notify the driver of approaching traffic when backing out of a parking spot; and,

• Active Parking Assist a technology that helps drivers position the vehicle for parallel parking and then steer it into a parking spot without touching the steering wheel. 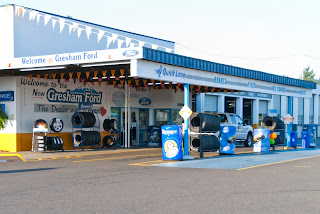 Participants must be 18 or older and have a valid driver’s license. There is a limit of one test-drive per household.

Ford Motor Company, a global automotive industry leader based in Dearborn, Mich., manufactures or distributes automobiles across six continents. With about 166,000 employees and about 70 plants worldwide, the company’s automotive brands include Ford and Lincoln. The company provides financial services through Ford Motor Credit Company. For more information regarding Ford’s products, please visit http://www.ford.com/