Ford Motor Company has provided a Fuel Efficiency Boost to the automotive market.  The all-New Ford Escape Boasts New EcoBoost Engines with increased gas mileage and technology.  The C-MAX Hybrid Mileage is at least 25 Percent Better the the Ford Escape Hybrid, the first SUV Hybrid to the American automotive market.  Fuel economy leadership remains the bull’s-eye for Ford’s new utility lineup for 2012, addressing the top influencer driving consumers’ vehicle purchase decisions.  Portland is a notoriously green city with many of its residents calculating their carbon footprint and taking their impact on the environment seriously.  Three four-cylinder engines in the all-new Ford Escape will deliver improved mileage versus outgoing models; 1.6-liter EcoBoost® engine debuting in the U.S. in new Ford Escape is expected to deliver better fuel economy than competitors’ larger four-cylinder engines.  THe all new design for the Ford Escape also aims to impress with its luxury look and feel.  The all-new Ford C-MAX Hybrid features more than a 25 percent improvement in fuel economy versus today’s Ford Escape Hybrid.  The Ford Escape Hybrid gets better gas mileage in the city that on the highway, which is why so many Portlanders chose Ford.  The regenerative braking technology was fantastic technology when it was revealed and the new CMax technology will prove to be just as impressive.  Steve Renner, Commercial Fleet Director, believes that "The new Ford C-Max has unlimited commercial potential for small business owners.  This vehicle would be a great taxi, delivery, or general commuter vehicle."

“Customers are prioritizing fuel economy above every other trait when they make most vehicle purchases,” said Derrick Kuzak, group vice president, Global Product Development. “Ford is meeting people’s needs by offering a family of fuel-efficient vehicles – from hybrids to electrics to traditional gasoline-powered cars – packed with class-leading technology, giving customers both exciting and greener driving choices.”

The all-new Ford Escape, slated for reveal next month at the Los Angeles Auto Show, features a powertrain lineup with three fuel-efficient four-cylinder options, including the new 1.6- and 2.0-liter EcoBoost engines and a 2.5-liter Ti-VCT four-cylinder. The Escape will be Ford’s first SUV to be available with two fuel-efficient EcoBoost engines, delivering class-leading fuel economy and performance.

“Expanding the availability of EcoBoost technology in the all-new Ford Escape will give customers a great range of choices for the fuel efficiency and performance they want in a small SUV,” said Joe Bakaj, vice president, Powertrain Engineering. “This advanced technology in the new Escape delivers on our commitment to provide class-leading fuel efficiency in every new Ford product.”

Ford’s 1.6-liter EcoBoost engine, which uses turbocharging, twin independent variable camshaft timing (Ti-VCT) and direct injection to deliver the performance feel of a larger engine, makes its North American debut in the new Escape. It is expected to deliver even higher highway fuel economy than the current Escape Hybrid, which is EPA-rated at 31 mpg. The new 1.6-liter engine also is expected to deliver better fuel economy than competitors’ larger four-cylinder engines. 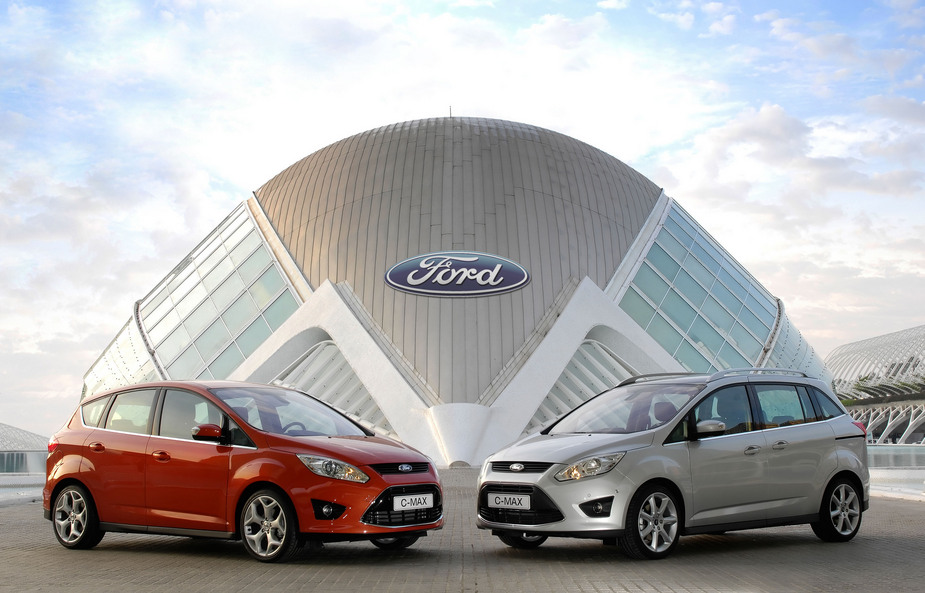 Since launch, sales of the 1.6-liter EcoBoost in Europe in Focus and C-MAX are exceeding expectations by 40 percent. The engine’s broad, flat torque curve has been praised for its diesel-like performance.

Ford holds more than 125 patents on EcoBoost technology, a global approach to provide affordable fuel efficiency for millions of drivers that will extend to 90 percent of Ford vehicles by 2013. EcoBoost increases fuel economy up to 20 percent while reducing CO2 emissions by up to 15 percent.

With the addition of EcoBoost engines to the Escape, Ford will offer more advanced technology engines in its utility vehicle lineup than any other full-line manufacturer.

Next-generation hybrids for next-generation fuel efficiency
Next year, Ford also will grow its electrified vehicle production capacity when it launches the C-MAX Hybrid and C-MAX Energi plug-in vehicles. Both five-passenger hybrids will provide another fuel-efficient option for customers.

The next generation of the Escape Hybrid’s award-winning powertrain moves to the five-passenger C-MAX Hybrid and features the first hybrid transmission and lithium-ion battery system Ford is building in-house.

Ford’s new hybrid powertrain will be available exclusively in C-MAX, and it will deliver
a more than 25 percent improvement in fuel economy versus the outgoing Escape Hybrid while still offering hybrid customers the five-passenger capability they expect.

The Ford C-MAX Energi targets more than 500 miles of driving range using the battery and engine, more than any other plug-in or extended-range vehicle. It also targets AT-PZEV status and delivers better charge-sustaining fuel economy than the Chevrolet Volt.

“The C-MAX family of electrified vehicles will provide versatile, practical options for customers who need utility while reducing carbon output and significantly lowering fuel costs,” Kuzak said. “No other company is providing this type of choice in a hybrid or plug-in hybrid.”

“Using our platform approach to hybridization, developing two choices for customers in the heart of the market with the dedicated, front-wheel-drive Ford C-MAX was our strategy to extend the benefits of hybrid technology to even more customers,” Kuzak said.

Power of choiceFord is delivering electrified vehicles that are attainable, meeting real people’s needs in the center of the market where it counts the most.

Ford launched the Transit Connect Electric small commercial van in 2010 and will launch the all-new Focus Electric later this year. In 2012, these models will be joined in North America by the new C-MAX Hybrid, a next-generation lithium-ion battery hybrid and the new C-MAX Energi plug-in hybrid.

Ford has 13 vehicles with best-in-class fuel economy. In the most recent J.D. Power survey, Ford leads in fuel economy in more segments than any other major automaker, answering the demand of consumers for more fuel efficiency in their vehicles.

Today, fuel economy is 2.5 times more important to American customers than environmental concerns when it comes to buying a vehicle.  Portland and Gresham are no different, more and more people are considering electric vehicles and brainstorming ways to reduce their carbon footprint.  Gresham Ford has chosen to make a commitment to being Green thru the City of Gresham's GREAT Business Program.

Ford Motor Company has four cars that achieve an EPA-rated 40 mpg or higher, including Fiesta, Focus, Fusion Hybrid and Lincoln MKZ Hybrid. Thirteen Ford vehicles achieve an EPA-rated 30 mpg or higher.  All of these models are available at the best possible prices at Gresham Ford.  All Oregon Ford Dealerships pay the same for their vehicles so take advantage of our low overhead and visit www.GreshamFord.com to have a no obligation quote to demonstrate your options.
Ford’s recent lineup of smaller, more fuel-efficient vehicles has gained significant market share in key regions of the country. Vehicles such as the all-new Ford Focus and Fiesta both achieve 40 mpg or higher, boasting better fuel economy than even some hybrids.  For more information contact Gresham Ford at 503.665.0101