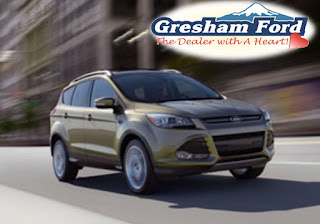 The Ford Escape is a very safe family SUV that features adaptable airbag deployment that uses various sensors throughout the vehicle to measure a variety of inputs, including the size of the passengers and how fast the vehicle is traveling to determine how the airbags will deploy.  So the airbag will go off with much less force if your 98lb grandma is in the front seat as opposed to 300lb Uncle Carl.  The Safety Canopy System pioneered by Ford engineers combines with side curtain airbags and a rollover sensor to help provide protection for outboard passengers during a side impact collision.  The 2016 Ford Escape is the most robust unibody construction of all the Ford Escapes for sale.  Nearly one third of the steel used in the body of the new Escape is composed of advanced high strength steel that adds safety while cutting weight and improving efficiency. 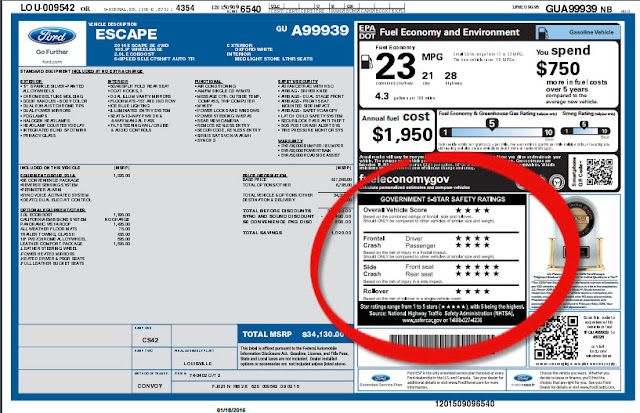 If you are like many consumers, you are probably asking, "How does NHTSA determine crash test ratings?"  In all scenarios, the tests are designed to reproduce the most common real life accidents.  Instruments measure the force of the impact and how it transfers to the vehicle's passengers and then compares similar vehicles' test results.

The frontal crash test simulates a head on collision between two similar vehicles, each moving at 35 mph.  The test includes dummies to represent an average size male in the driver's seat and a small female in the front passenger seat.

The side crash test rating represents an intersection type collision by having a 3,015 pound barrier that replicates the characteristics of the front end of a vehicle, moving at 38.5 mph into a standing vehicle.  The test includes dummies to represent an average size male in the drivers seat and a small female in the driver's side second row seating position.  A pole test was designed to simulate the broadside impact of a vehicle into a tree or telephone pole at 20 mph.  The test includes a dummy to represent a small female in the driver's seat.

Rollover ratings are determined by mathematical formulas that consider the vehicle's geometric properties and the number of crash avoidance technologies are used to determine the likelihood of a rollover in certain conditions.  More information about the NHTSA and their ratings can be found at www.safercar.gov.

What do the stars mean?

Rollover Tests
4 stars = Rollover risk for the vehicle is less than average to average. 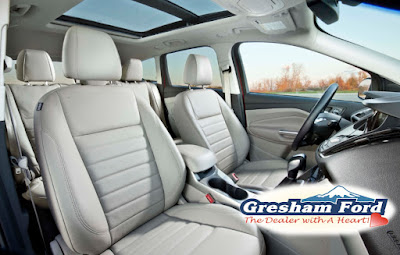 #FordEscape for sale at #GreshamFord