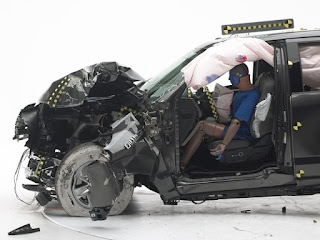 Gresham Ford is beaming with pride this week after the latest results from the IIHS crash test results were released.  The all new aluminum body Ford #F150 came out of the testing with the TOP Safety Award; while other trucks are likely to result in injuries during specific types of front-end accidents.

The Ford pickup received the highest distinction award in the IIHS annual Small-Overlap Front Crash Test Rating and was compared to the Dodge Ram 1500 Quad Cab among others.  These new crash tests of full size trucks are raising concerns about the safety of trucks like the Ram 1500 which received a marginal rating, the second worst of the four designations. 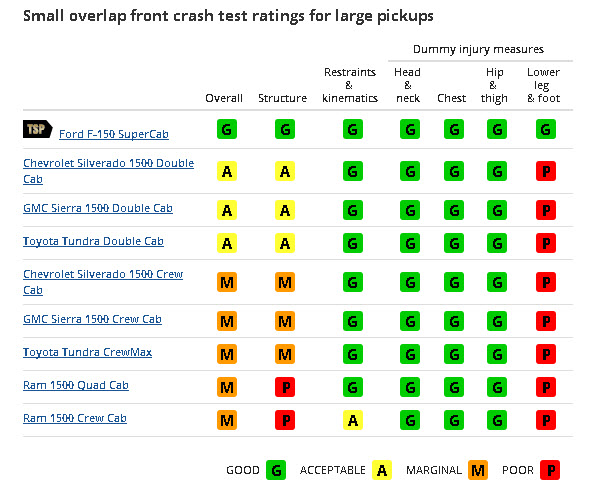 The military grade aluminum panels used in Ford trucks are much lighter than the steel used on other pickups.  The IIHS Crash Test Rating Test now shows that the aluminum is better for safety than steel, opposed to ad campaigns to the contrary.


Gresham Ford is excited to offer trucks made by an American Manufacturer that is leading among truck makers in safety, technology, comfort and efficiency. 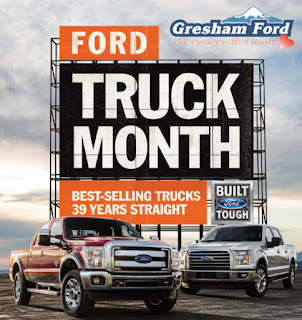 The worst performing trucks in the small overlap test are the Ram 1500 Crew Cab and the Ram 1500 Quad Cab.  Both eared a marginal rating overall and a poor rating for structure.  The footrest/left toepan, brake pedal, parking brake and lower dashboard were shoved against the dummy's lower legs 16-17 inches with the Dodge Rams.  All of the trucks with the exception of the Ford #F150 indicated the likelihood of serious lower leg, ankle and foot injuries.

In celebration, Ford Motor Credit and Gresham Ford have partnered to offer an exciting $229/mo/ 24 month Red Carpet Lease on New 2016 Ford F150 Crew Cab 4WD XLT trucks.  Take delivery of your F150 from Gresham Ford before July 5th with $4,859 down and due at signing.  For complete qualifications and details contact the Gresham Ford Sales Team. 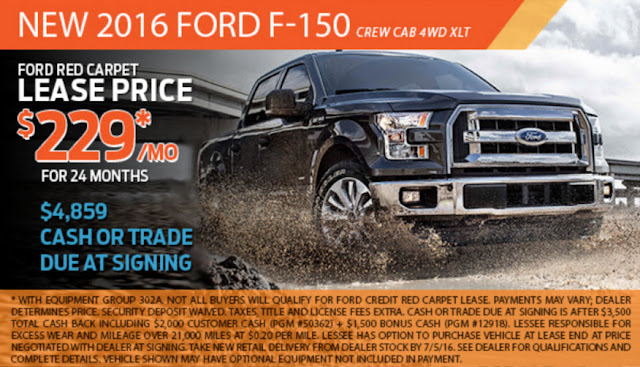